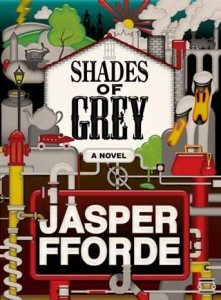 “It’s as boring as bat shit,” I muttered, tossing the half-read book onto the couch.

My wife, Jane Teresa, sighed and looked up from the depths of Shades of Grey by Jasper Fforde, a really great book I’d recommended she read.

“I gave it my best shot,” I said, vaguely justifying having interrupted her pleasure. “But the author just doesn’t seem to be interested in the subject he’s writing about. It’s almost mechanical and there’s no excitement in his words.”

I left JT to return to Fforde’s amazingly futuristic world, and thought about a question I’d been asked at a recent interview, “How can you be passionate enough about someone else’s concept to write an entire book for them?”

It’s a good question. And the answer may lie in asking if a writer must be passionate about his words before he can make them magically spring to life. For me it’s a resounding yes. However, I’d take it a stage further. If you have an unquenchable thirst for knowledge, a mind constantly churning with questions, and a constant curiosity about people’s behaviour, the weather, the way soap dissolves in the shower, and the meaning of an ant’s life, you are likely to find most things interesting enough to write about, aren’t you? 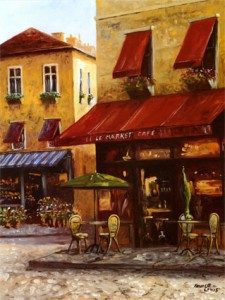 My interviewer settled back in her seat, sipped her cappuccino and grinned mischievously. She was clearly enjoying herself, and I kind of knew what was coming.

“So, what wouldn’t you write about?”

I thought for a while.

“How about trainspotting?” she asked, barely suppressing a chuckle.

“Hmm, actually I reckon I could get interested in writing about trainspotting.”

“Well, yes,” I said, “I remember being hauled off to train stations in the UK as a tiny fella and spending hours, in thin clothes, on freezing platforms, with nothing to eat, blasted by snow laden winds until I turned into an icicle. All in the hope of a glimpse of the most famous steam train of all, the Flying Scotsman.” 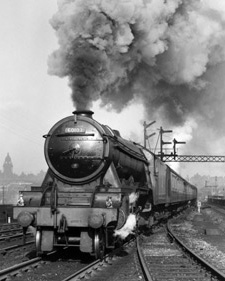 “Misery would be an understatement. I had no interest in trains, I loathed being cold, and at four years of age I had no say in how long we were going to endure the pain.”

“So, one day a shout echoes across the platform, She’s coming! Suddenly, there were people everywhere, appearing out of cracks and crevices – all the clever places they’d used to shelter from that vicious wind. Scarves, coats, and notebooks were flung in all directions as a scramble for the best view began. Little boys like me were shoved to the front or hoisted onto the nearest stranger’s shoulders. Grown-ups were trembling with excitement and cheered madly when they heard the huge behemoth’s whistle in the distance.

At my age I had no idea of the importance of this old train to the enthusiast, but I could feel the overwhelming sense of anticipation and joy coursing through the crowd. It was incredibly contagious. Forgetting the cold and the hunger, I shouted myself hoarse as the great green monster thundered through the station belching clouds of thick black smoke. I remember looking up through the swirling steam at one old gent. He was grinning toothlessly and tears were streaming down his cheeks.” 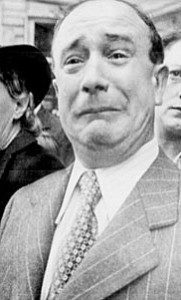 I let out a long sigh.

My interviewer stared at me for a long moment.

“That’s amazing. Wow, look at me, all goose bumps. I’d really, really love to have experienced something like that.”

“You just did – with me. I was never there. It never happened to me. But if I can imagine it, I can write about it. That’s maybe what writing other people’s stuff is about. Finding something in it to be passionate about and then putting it into words.”