I’ve had my name, Michael Collins, for as long as I can remember. It’s not an unusual one, but it does have famous connections. Google it and there are almost eleven million hits, and most of them are that long dead bugger, Michael Collins the Irish rebel, and the movie about him which always comes top of the list.

I blame the other Michael Collins for some of my character flaws. Since I started school – and I must tell you that on my first day my mum forgot to tell me that school was going to be a long term relationship, so after a couple of hours I got bored (a pattern that would be repeated throughout my education) and, much to her surprise, wandered home in time for lunch – I’ve been bugged with, “So, your name’s Michael Collins. Bit of a rebel by any chance?” If that isn’t a gilt edged invitation to be a naughty little boy, what is?

The Michael Collins who led me astray was an Irish revolutionary leader who went on to an outstanding and controversial political career before being shot in an ambush at the tender age of thirty one during the Irish Civil War. He was played by Liam Neeson in the ’96 movie, Michael Collins, which filled his character out a bit for me, but, until I went to Ireland, that’s just about all I knew of him.

Travelling from Dublin, I phoned ahead to make a hotel reservation in Cork, and, as with everywhere in Ireland, I was greeted with the utmost politeness. However, when I arrived at the reception desk a couple of days later, I was met by a pleasant looking young fella who just stared at me in slack jawed surprise.

He lunged across the desk to shake my hand furiously.

“Fantastic to meet you, sir. I’m really, really sorry, I took your call and thought you were joking so I didn’t make a booking for you.” 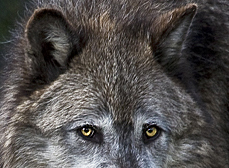 I was going to find out just how much the locals loved Michael Collins, but in the meantime the hotel’s mistake was rectified by a superb upgrade and the offer of a free dinner in the pub next door.

A Guinness was high on my list of priorities so I popped into the main bar for a pre-dinner drink. The pub was packed with locals and it took a while to squizzle up to the counter.

“You’re not from around here, then?” the large boned, florid faced lady said, expertly pouring my brew.

As she took my money, I asked about the restaurant, telling her we’d be eating there later.

“What’s your name? I’ll make sure you’re booked in.” 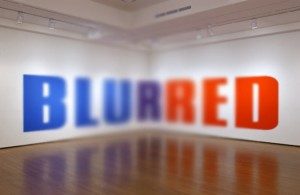 My hand froze in mid air, halfway between my mouth and the beautiful dark velvet beverage sitting on the bar.

We stood staring at each other, the raucous din of a full and happy Irish pub rising and falling around us. It was like being plunged into vacuum. Or having an instantaneous out of body experience. It was just the two of us, eyes locked in defence and defiance.

I reached for my ID without taking my eyes from her face, and handed it across the bar.

And then she screamed. A big scream. A scream that stopped every activity in the place dead. In the terrifying silence that followed, everyone’s eyeballs swivelled my way. I felt like a peeping Tom or a thief caught in flagrante. Instinctively my eyes sought the nearest exit. There were some pretty big blokes drinking in there and I’d already noticed some raw looking knuckles around. They were roughly the size of my head.

“We’ve got Michael fookkin’ Collins in the bar,” the landlady yelled. “All the way from Australia!”

I lost count after ten free pints of Guinness. They just kept coming. In fact I lost my ability to speak, my legs got mislaid, and everything went a bit blurry. But I do remember expressing an interest in Irish step dance.

Mere minutes later, a lithe young girl soared into the room as visions of Riverdance unfolded before me. I stomped and clapped to the wild music and wonderful singing, and later still was regaled by the exploits of the Big Fella over a bottle of Irish whisky – and it was all on Michael Collins. Good on yer Michael.