It’s all in the mind

I love the way the vision of a persistent, mocking, relentless, flashing cursor on a blank word processing document so flawlessly represents writer’s block.

The dis-ease of writer being unable to write, whether real or imagined, can strike a disproportionate fear into any scribe. And the symptoms become seriously exacerbated when the timeframe is tight. Tick tock, tickitty tock, flashitty flash – argh!

Now all this is a precursor (vague pun intended) to an explanation of my propensity to talk to myself. Rather than presume that I’ve lost my mind when you see me wandering along the street muttering to nobody in particular, I’d like you to know that, rather than face the dreaded flashing cursor, I’m actually running through the opening of another piece of writing. That sneaky little thing isn’t going to trick me, because once I have the opening, I’m away laughing. 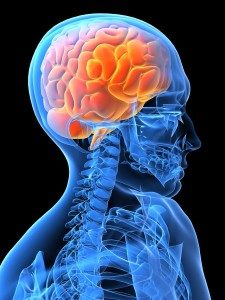 The shower was today’s location for a nice chat with myself, as I contemplated the start of another dialogue in the story I’m writing for a client. It wasn’t particularly fruitful, but it did get me to thinking about how much writing is done in the head away from the computer.

My wife is used to seeing me looking all zoned out and vague from time to time. As an accomplished writer herself, Jane Teresa appreciates where and how the words are actually birthed sometimes. And she also fully understands, although her sense of appreciation diminishes somewhat here, when I stumble out of bed in the wee hours to jot an idea down.

An idea simmering away on the back burner can sometimes blossom at the most inappropriate time, unexpectedly and with alarming force. This is the unconscious mind working in a most spectacular way. Whether it’s true or not, Archimedes attained more fame leaping from the bath and racing naked down the street shouting, Eureka! than for many of his discoveries.

My gentle advice to anyone suffering writer’s block is to leave the project and do something else for a while, preferably away from the computer screen. If the write stuff streaks into your grey matter, like a massive meteorite exploding into the atmosphere, in the middle of a supermarket aisle, so be it. If your wayward literary genius is unfurling its embryonic wings and drenching your brain with a shower of ideas, what are a few upturned trolleys and scattered baked bean cans between friends? Hopefully, unlike Archimedes, you will be suitably attired for the occasion.

And as you hurl yourself through the checkout, cackling like a demented chook in search of a cleaver, just don’t forget to pay.

Note to self: Take a notebook and pen to the supermarket next time.