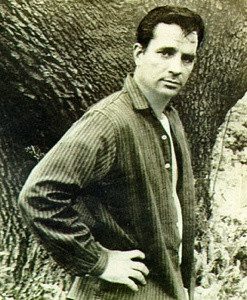 A recent client told me that it was impossible for her to write creatively unless she was drinking alcohol at a steady and (to me) frightening rate. I knew she was fairly pissed during her writing spells because she would call me in an extremely slurred fashion to let me know.

It mystified me how she managed to put thoughts into written words when she could hardly make her mouth work effectively, but she certainly did. OK, her work needed serious editing, but it pretty much did when she was sober too. The difference was that on a drinking and writing spree, her written words were delightfully loose and uninhibited.

So why do some people need to drink or take mind-altering medication before words begin to stream?

Some of our best-known writers may know the answer to that. Hunter Thompson, Raymond Chandler, John Cheever, Tennessee Williams, Dylan Thomas, Dorothy Parker, Edgar Allen Poe, Truman Capote, James Joyce, and Jack Kerouac, to name but a few. Of course, they all died from their addictions, so we can’t ask them.

Surely all that creativity, and perhaps more, could have been unleashed if we’d discovered what was repressing it, rather than using substance abuse to temporarily disable fears and blocks?

I got to thinking of my own turbulent days of boozing and writing many, many years ago. Quite honestly, they’re a bit of a blur, although, back then, I thought I was writing brilliantly. I was not.

Years later, I had a mentor who was able to put me in touch with my creative self—while I wasn’t galloping back my wine by the bucket. I must admit, life became a lot easier after that and, with a very occasional glass of wine, a great deal healthier too.

What turns your creativity on?