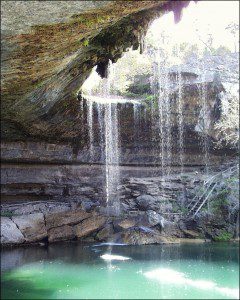 It’s that in-between time—the funny period that separates Christmas and New Year. I really enjoy these few brief days. Before Christmas it’s hectic. There’s simply too much to do and not enough time to either do it properly or, more importantly, enjoy doing it.

Now, timeframes and targets have been achieved, final drafts have been prepared, clients are happy, and there’s the opportunity to do the lawns and tend to the pool in the anticipation of the odd swim—when Brisbane’s worst coldest and wettest December on record comes to an end that is.

There’s also time and space for reflection. In the months before Christmas I was beginning to think hyperventilating was a normal method of breathing. I’m joking of course. Folk in our industry have to learn the basic disciplines of relaxation very early in their careers, or they’re likely to burst into flames every time the heat’s turned up.

All that aside, there was one moment in the week before Christmas when I lost the plot. It was raining. Actually it was pissing it down. And while it happened to be raining thus, I discovered a minute window of opportunity between a mass of assignments to scamper to the supermarket for some seriously needed supplies.

Jane Teresa has a silver car and I have a blue one. I was already soaked by the time I reached the drive to discover that her car was parked in front of mine, so what did I do? Of course, I took her car.

Have you ever had your vehicle stolen? I did many years ago. There’s a feeling of disbelief when you look at the place where you left your motor and find that it isn’t there. I was only twenty when mine was flogged in London. At first I thought it had been towed, but in those days parking was easy peasy and I’d definitely left it in a good spot. Not safe as it turned out, but good.

So, I find myself on this rainy day, weighed down by a multitude of shopping bags, standing in the middle of the supermarket car park looking for the car. The water was hammering down so hard that the inside of my brolly was wet from ricocheting rain drops, my sandalled feet were slithering hopelessly in the deluge of water that poured across the bitumen, and my glasses were fogged up from leaving the insanely air-conditioned supermarket for the 100% humidity outside. Where was it?

‘Move it did they?’ cackled an old bat as she hit the remote, unlocking her nice, dry Mercedes.

For over fifteen minutes I cruised that carpark in the smashing rain and, believe me, it’s a big one. I mentally retraced my route in. I normally park in roughly the same place, probably further away from the entrance than most people because I can’t be bothered hovering close to the main doors in the hope that someone will conveniently vacate a spot. I prefer to drive slightly out of the way and convince myself that the walk does me good.

Eventually, I had to concede that the car had been pinched. Dropping my shopping in a nearby lake, I fished around in my pocket for my mobile, intending to ask Jane Teresa to come and pick me up. As my wet fingers fumbled around my soggy pocket they happened to brush against the car’s remote. CLUNK! I heard right next to me. At first I assumed that another shopper was scurrying towards their nice, dry car, but nobody was in sight. I looked at the car—it was Jane’s. For the entire time I’d been looking for my blue car and had, by my sorry calculations, walked past Jane’s around twenty times.

How sad is that?

It’s amazing what the mind will do when it’s in overload. Mine slowed me right down. What’s your story?